All people on earth deserve good education and health care no doubts about that! Only non religious people deserve this because religious people they have their God that will heal them. We see so many terrible things happen on this earth and what the rich does is not enough, the still haves billions to spend. All people deserve good education that is free everyone has the right to specialize them in things. We can not tolerate that people are dying because lack of money, there is enough money for all! In mine socialism nobody get rich and nobody get poor. We need free education for everyone, we need free health care for everyone. Those who believe in their magical god can go to hell.

Well everything has a start, and it always start with media. Media in my point of view exist because they give you some news about work on highways or train stations, or airport. And might they give you the news about weather. Yes they do this, but much more. They creates polarization in society’s, they create good and bad between people, they create hate between country’s and they are a platform for politicians. Media ruled by the rich, has all intention to setting people against each other. Media is a terrible source to inform yourself. Media always trying to write what you want to read, its not a information tool anymore, but a big cancer cell that mess up your definitions of living. Media do think for you, and you can not in a possible way think for yourself anymore. Media only do things for the money, they only writing things to get more clicks, its not objective news anymore, but writing near your hand, Left and right are under influence of the rich people. If media says carrots can cure your cancer, then you can not find any carrot in groceries anymore. Do you follow? Media is a big problem and we must forbid this ‘medium’ out of our lives! Media is a terrible source to rely on, its not your thinking, but it their thinking! So all forbid media! And target them as criminal organizations.

My most hated country the United States they are next in line to make problems in this world. The most arrogant people are living on that piece of earth my enemy always. The most stupid things comes from the USA the most ridiculous laws, and trends are coming from them. Me I do not want the USA influence in my country, I have never asked for nukes bombs in my neighborhood, and I do really not care how racist you people are. You are not my boss, you are worst then countries you hate, North Korea does not suite you because they make bombs, and you? Make more bombs then all country’s, you are most terrible and disgusting people there are on this planet. You have not save us from WWII the Soviets did! You have bombed Afghanistan illegally! Because of your arrogance people have take action against your aggressive domination over the earth you have paid a price back in 2001. And it seems you never learn from your mistakes. You trying to set us up against Russia and China most of people believe your bullshit and think Russia and China are the danger. They are not the danger, your control to lose power makes the United States dangerous. You are not the dream land, but a massive terrorist that deserve to be isolated from the rest of the world.

The Resistance for free thinking manifest

1: Disclaimer does not replace the original disclaimer of this blog!

Everything i am writing is in name of my free speech. I am not responsible for your feelings about this or what you think about this. This is pure my vision on how the works must look like. There is not a intention to seek violence or to be violent, this is in name of free speech and everything what I am saying is my personal view, I am not responsible for actions, or anything else related to this manifest. This manifest contains (in your world) Hate speech, setting up violent actions, and inhumane opinions towards people in general. If you don’t want to read then don’t read!

Many forms of religion has wandered this earth for centuries and the outcome every time is war, racism, violent, discrimination. Magical miracles describes religion like a fantasy book, and it is far from realistic, and far from proof of the existence of religion in its current form. People who believe in a religion are deeply indoctrinated with an unrealistic image that makes their future more difficult than it really is. Generations of people are victims of a story that has circulated on Earth for thousands of years, and it is they who keep the story alive. Wars have been fought since the days when religion wandered. An entire country was created from the bible. The wars waged in the name of religion is a global problem that religious people ignore that their religion is the source of many problems in this world. In order to get rid of this that all religions will be banned immediately. Everything related to religion must be destroyed and disappeared from the streets. Anyone who promote religion must be removed from society and must leave their fate to reality. Religion must completely disappear from politics, education, institutions, monarchies, and so much more to mention. Anyone who believes should be interned in an institution that ensures that people learn and / or regain their realistic view. Those who do not want to get rid of unrealistic religious indoctrination will be offered mandatory euthanasia. We can not tolerate that religion made more victims, we can not tolerate that unrealistic thoughts are being politics. People must understand that religion is the cause of the biggest problems on earth, they must realize that this is serious! Who not accept will be terminated who do accept can learn others to accept. Lets say pure atheism itself will be teaches at schools and everywhere where you can learn. Religion in total forbidden, by all laws international Israel will be disband and prosecuted against crimes to humanity. All former presidents and military of Israel that has killed others will be sent to the death penalty.

The pressure to perform, the pressure to learn, the pressure to live. In our capitalistic system the rich are being richer and the weak are being weaker. The weak are easy targets for the rich to experiment on, the rich, are the instrument to have power over media and politics. In short words the rich must be destroyed! They have to much power over the weaker people and we can never allow that! In socialism and in communism we share, we share so we can be all the same, we can help always each other with no better human logo then other humans. If we share we have everything we need and everyone can have this. Education, health care, must be free for everyone on this earth no matter the color, no matter the cost, all the same rights. The media is a really problem in this capitalistic system so the first need to do is to disband all media stations and all American related program’s to be removed from all countries. Listen local, not national. The first thing to do is back to basic. People do not realize how much they are being indoctrinated by papers and television. The only thing you need to know is what the weather will be like, our what highway they working on. Stop the rest of this nonsense! The only good thing is to do is disband media and papers with ‘news’ we all know that media only tells you what you want to hear, they playing on your emotions, they have influence on your voting behavior, they have influence on everything you see or know. That is a part of capitalism.

Hi all, i am updating my blog to the new security updates and changing some of the look of my blog. I was very open about myself on my blog, but have decided to minimize that, and focusing more on other things then myself.

Most pages of this blog will be replaced.

17th of march we had elections the results are in my opinion anti Russia party’s and pro American party’s as well pro EU party’s. There is no need for panic but only doubts. I do accept the elections, but I’m not happy with it. Right side has won, left has massive loss and for me its not important right our left, but the amount of the loss for left is not normal.

those 2 party’s has won it with huge different amount then 4 years ago. Anti EU party’s PVV has lost, and FVD has won. those 2 party’s are pro Russia.

I do say that media has huge amount of part in taken votes to right party’s the media is one of the dangerous things in our life’s that affect lot of important things. We loss, but we will continue. For me its already a knowing fact that in the Netherlands there are not a single one party where i can agree with. So i do not feel a total loss our a total win. Just living in a country that has not my political opinions. My opinion will never change Pro Russia Pro communism Pro socialism Pro republic anti EU. I do not blame voters, i do not blame political party’s, i do blame the situation where we live in, in this world the anti Russia sound, anti communism sound we can accept and respect others political views, without be judgmental.

See here the political stats from the Netherlands: Press

How is that be going? To be indoctrinated by governments and religions? Those things are being important to so much people that they forget to live and to have a own opinion of them self. If you are a normal citizen like me, we all sucked up by governments and law, there is no escaping ‘this’ society. Me personally hate this world, hate the theater people play to be important or to be something they don’t are. A free world without massive eyes that track you everywhere you are going. Get work, get kids, get friends, it sounds to me so coordinated and indoctrinated by a force that only sees economic value in you. I believe we are more then only slaves to this world, but its difficult, for so many people to get out of line and think about there simple life they have. Media, news papers are their…

Lot of people still ignore the fact that they are feeded by a story that’s is written in thousands of different context, its a total mess when it comes to ‘news’ and try to get informed. Media is responsible for all that happens in the world, a little group of people have doubts what they read, and a massive whole group take it for granted.

People seems to not get it, my advise is that you must question everything what you read or believe. And what you see is the truth. The media is a dangerous tool that you might not can, and will understand, I’m only warning you when you judge others based on what you have read.

Just some tweets here that describe in my opinion how dangerous media is.

A neutral news source is better for all of us. Now we have thousands of sources that are… 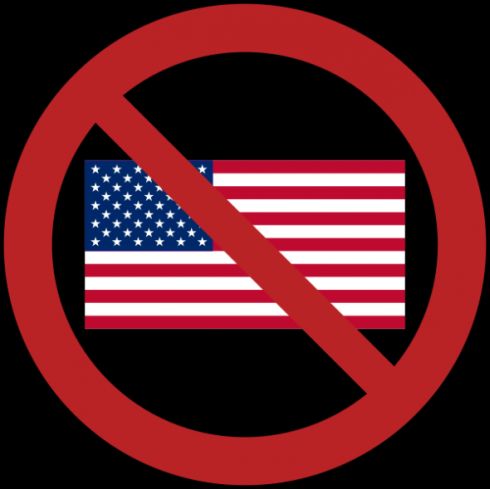 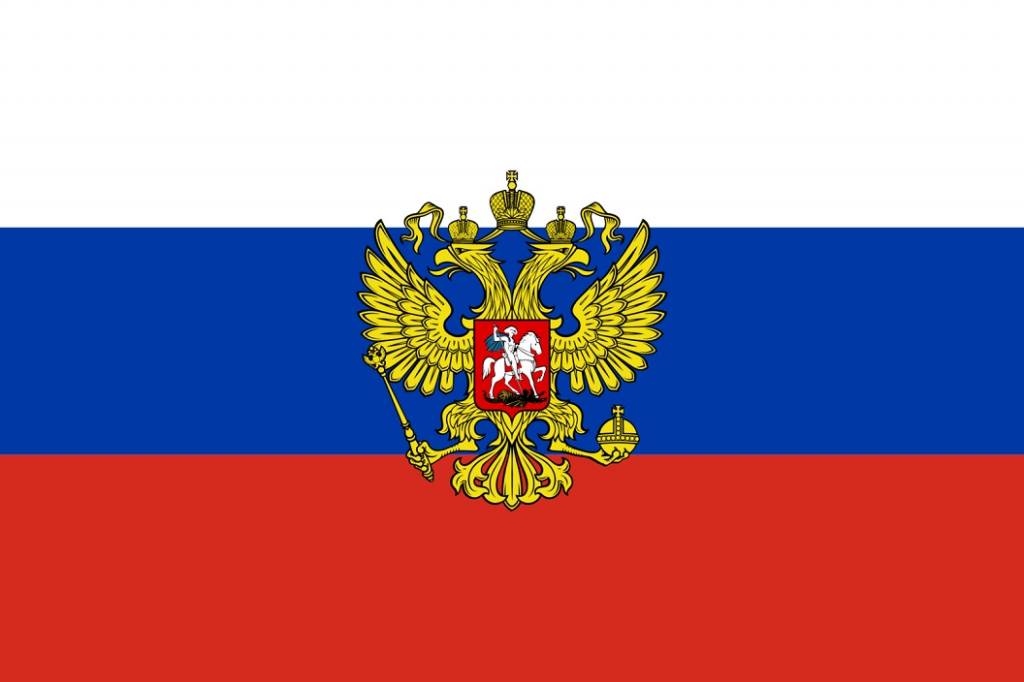 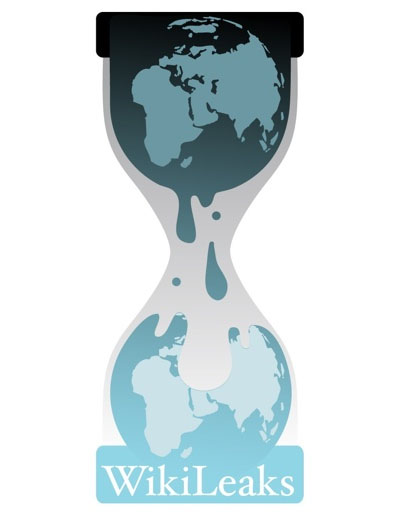 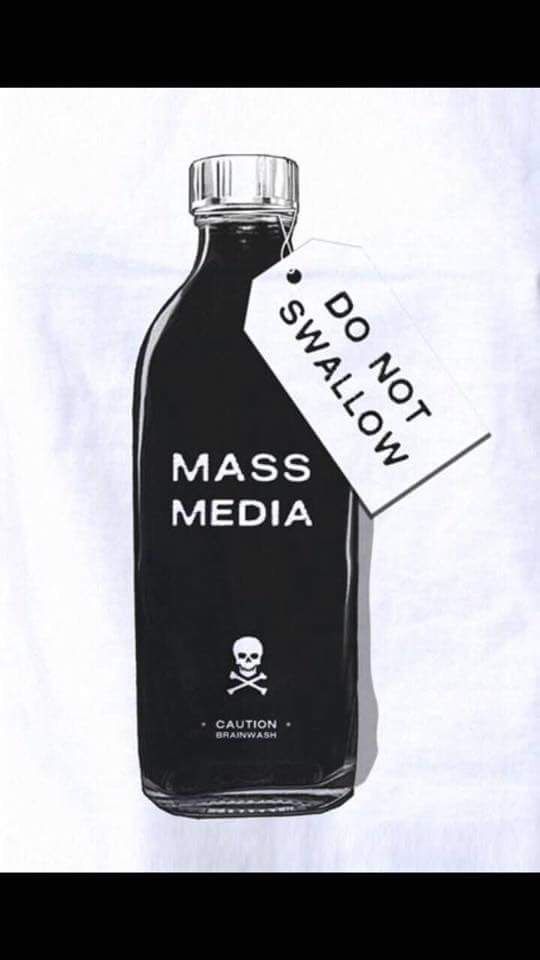 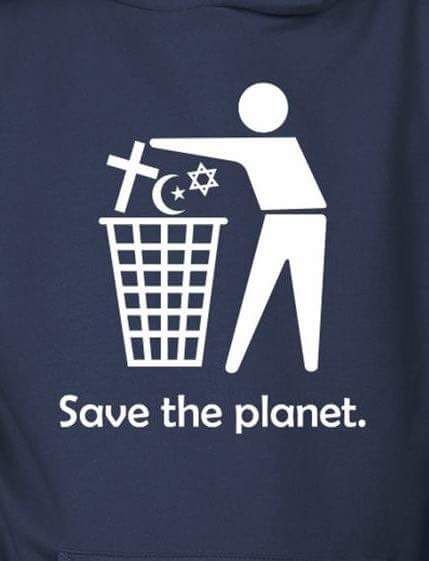